Cannabis is also known as marijuana, is an active drug that affects the psychological process of man. It’s

Main psychoactive part is tetrahydrocannabinol (THC). The plant was first discovered from Central

Asia and India. Cannabis can be used medically, recreational and spiritual.

Cannabis has a physical and mental effect such as high or stoned feeling. Some of its negative effects are a decrease in short term memory, dry mouth, impaired motor skills, anxiety, red eyes, auditory or visual illusion, false hallucination, damage to the brain, dizziness, coughing e.t.c.

While some of its positive effects are to improve appetite in people with HIV/AIDS, to treat people of muscle spasms, to reduce vomiting and nausea, to treat autism, it increases libido, it reduces neuropathic pain and rheumatoid arthritis, and so many others. Cannabis is consumed in different ways, it can be taken by

Cannabinoil (CBD) is a phytocannabinoid gotten from cannabis plants, cannabinoil is insoluble in water but soluble in an organic solvent like pentane and butane, it is a colourless solid. Research has shown that cannabinoil oil can be used to reduce seizures in refractory epilepsy, a therapeutic process like treating arthritis.

But some of its side effects are sleepiness, insomnia, fatigue, diarrhea and so on. Some common types of cannabinoil oil are 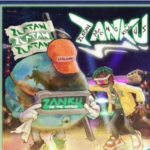 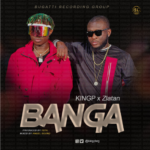 When your cat has bad breath, there is a natural inclination to run to the store to buy him some catgie breath mints. Please don’t-the […]