Spain has recorded its highest number of deaths and new Coronavirus infections as 849 people die and cases rise 9,222 in one day.

The rise in cases marks a 10.8 percent increase in Spain.

The 9,222 new cases included 3,419 in the Madrid region, which accounts for nearly half the total deaths, and another 2,616 in Catalonia, the government said.

The government in Madrid has enforced a tighter stay-at-home rule to halt to all non-essential economic activity, which came into effect on Monday.

Spain is currently the third country in the world to overtake China’s total infection count, after Italy and the United States. 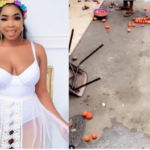 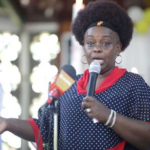 CDQ has always been known for his ability to shake any party with his style of music. CDQ linked up with DJ Obi to deliver […]

The General Overseer of The Lord’s Chosen Charismatic Revival Movement, Pastor Lazarus Muoka has lashed out at world leaders over stringent measures they’ve instituted to curb […]

The Chief of Staff to the president, Abba Kyari has died. He died on Friday April 17, more than two weeks after he tested positive […]