Nollywood actress, Osiobeloveth has accused the Rivers State Taskforce of destroying food items she bought with a friend.

She further claimed that the task force officials also poured kerosene on the food items which were quite expensive.

This is what happened today in port Harcourt things I bought with my friend today were destroyed by Wike task force they poured kerosene on things i and my friend already paid for considering how expensive things are in the market now everything we bought was destroyed before our own eyes we couldn’t move we just stood there in shock at a point we had to run and this is not even in the market ooo this country is one hell of a crazy place to be in. 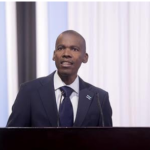 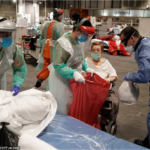 Next Article Spain records its highest number of deaths and new Coronavirus infections as 849 people die and cases rise 9,222 in one day

22-year-old Julija Adlesic from Ljubljana in Slovenia has bagged a three-year jail sentence after deliberately sawing off her hand to claim a £925,000 insurance payout. […]