I am currently frustrated because of the daily problems my wife has been putting me through, we were once a happy family until I had an accident with my car which I was using for my taxi job.

I started staying home with my three kids while my wife goes to the market to sell poultry products. One day she came home and gave me the greatest surprise of my life which was a Nigeria used Toyota car.
She said she has been saving and that was where she got the money she used to purchase the car.
The next day I started doing my job as a taxi driver then after one week my wife came with a new one, she suggested we move from our two-room apartment to a self-contained house.
I told her ‘No’ because I was not ready for that and besides I don’t have any savings, she told me not to worry about it because she has already paid for a self-contained house.

I was happy and asked how she managed to make such money within a short time. She told me that it was her club that helped her, I was so happy that I requested the club’s leaders number but she told me to relax because she has already thanked them.
We moved to the house and it was like a Paradise to me, I have not really stayed in such an apartment before. The house was fenced and this made me feel that our kids were secured even if we were not home.

After Christmas, things were so good in the family that I thought it was a dream, but trouble started when my wife did not come from the church after the new year cross over night, we attend different Church so that night I took my kids to my church while she went to hers alone.
When I discovered she was not back home I started calling her line but it was off, I was afraid something has happened so I started walking to her church that night to see if I will find her on the road but I didn’t see her.

I was going back home when I saw a car dropped her two street before my street, it was a man driving the car. I was shocked to my bones.
I hide so that she won’t spot me so, I gave her 3 minutes to go inside the house before I showed up.
Since that time I have not told my wife what I saw, I asked her where she went and she said she followed the pastors wife somewhere.

I kept quiet and left her to sink in her lies, but since that day I don’t go close to her, all I feel is pains and lack of trust for her, I the her but I want to stop the hatred so I will have Peace.
Please help me and advice me on what to do. 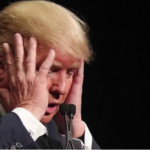 Previous Article US becomes the first country to mark 2,000 Coronavirus deaths in 24 hours with 500,000 cases 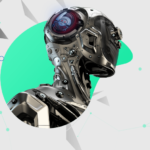 Next Article Why you need to combine Bitcoin trading with Abistar 2.0

How to make money with your smart phone in Nigeria

If you are broke in Nigeria, then you can start making money today.   There are lots of people out there using their mobile data […]

Ukraine president, Volodimir Zelensky has reacted to intelligence that Russia is using its economic might and the dependence of European countries on its gas to […]