The Nigerian Immigration Service has blocked 58 medical doctors from leaving the country through the Murtala Muhammed International Airport in Lagos via a chartered flight today July 10.

A statement released by the Immigration spokesman, Sunday James, says the doctors had planned to sneak out of the country via the Lagos airport. James said 56 out of the 58 doctors had no valid UK visas and would have been repatriated when they arrived in the UK. He said the service will not allow individuals or groups of well-educated Nigerians who should know the procedures for traveling out of their country and the requirements during the COVID19 pandemic, to flout relevant laws. Nigerian airspace is at the moment closed to international flights.

The Immigration Service says the chartered flight has already left without the doctors.

5.The Comptroller General of Nigeria Immigration Service, Muhammad Babandede, MFR, is taking this opportunity to advise Nigerians to always adhere to travel protocols and ensure they have Valid passports with Valid Visa to the country they intended traveling to before going to any Airport, Seaport or Land Border Control to avoid refusal to depart. 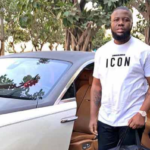 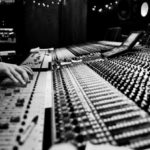 Next Article How to promote your song in Nigeria

download Kwesta ft Wale, the beat was produced by player1505, the instrumental is easy to flow with so you can jump in and spit your […]

Nigerians have criticized Funke Akindele and her husband JJC Skillz for organising his 43rd birthday party with a group of people despite the Coronavirus pandemic.  […]