Hakeem Baba-Ahmed, a spokesman for the Northern Elders’ Forum, has stated that Nigeria does not require an ethnic president.
Baba-Ahmed decried the tension in the polity in the run-up to the 2023 elections in his speech at the ongoing 19th Daily Trust Dialogue in Abuja.

In response to the country’s difficulties, he added:

“One of the worst things you can do is incite even more outrage about the expense of living, the cost of fuel, the cost of pricing, driving citizens further into misery, and then have elections just a few months later?” 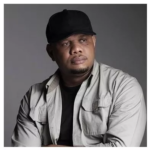 Previous Article Who is Adasa Cookey 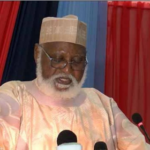 Sound Sultan who has been battling with throat cancer. Has been undergoing chemotherapy in the United States of America. His demise was announced in a […]

Gifty in a new Instagram post slammed deadbeat fathers as she pointed out that there is big difference between a Dad and a Father. The […]

Charly Boy has congratulated President Muhammadu Buhari who was announced winner of the 2019 presidential election a few hours ago. In his message, Charly Boy […]