Who is Adasa Cookey

Adasa Cookey is a team leader of squareball media production limited which was founded in the year 2010.

Adasa Cookey has a diploma in film production from the New York film academy and also holds a bachelor degree in Agriculture.

He is an award winning music video director who has a reputation for breaking news artists in the Nigerian music industry as he has worked with top artists like Davido, Olamide, and others.

As a cinematographer, Adasa Cookey is known for creating appealing shots from nothing and achieving high production value.

His creativity sells his works and gives him the desired accolade from his fans across the continent. This is why he is considered to be one of the biggest music video directors in Africa. 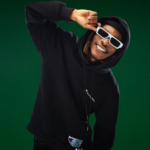 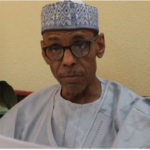 Big Brother Naija star, Angel has reacted to a tweet on Twitter, asking women if they would not mind proposing to a man.   Responding to this, […]

Naira Marley ft. Zlatan – Am I A Yahoo Boy