Because of ‘what happened to’ Amber Heard, Johnny Depp’s ex-girlfriends are afraid to openly accuse him of violence.

Heard, 36, told Savannah Guthrie on NBC’s Dateline that she was ‘terrified’ to tell her side of the incident.

Guthrie pointed out in the interview that Heard is the only woman who has accused Depp of sexual misconduct.

Guthrie wondered why no one else had spoken up if they had been subjected to the same harsh treatment she claims she had.

‘Look what happened to me when I came forward,’ Heard responded. ‘Would you do it?’

Kate Moss, Depp’s ex-girlfriend, testified in his defense during the slander trial, which Heard eventually lost to Depp. From 1994 to 1998, she was his girlfriend.

She dealt a stunning blow to Heard when she refuted her claim that Depp had pushed his supermodel ex down a flight of stairs.

Heard said she overheard rumors that Depp had shoved Moss down a flight of stairs; however, Moss testified in Depp’s defense that the actor actually assisted her after she slipped.

Heard made the accusation while talking about an alleged fight she had with Depp at the top of a stairwell, during which her sister, Whitney Heard, allegedly stepped in between them.

‘She pushed herself in the line of fire,’ Heard testified in court. She was pleading with Johnny to come to a halt. Johnny strikes at her with her back to the stairwell. I don’t pause to consider my options; instead, Kate Moss and stairwells come to mind. I swung at him as well.’

Depp never ‘pushed her or shoved her down any stairs,’ according to Moss, who claims that he tended to her after she slipped on a trip they went to Jamaica together. 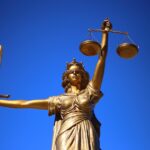 Previous Article Two men have been charged with impregnating a 13-year-old girl and arranging an abortion for her. 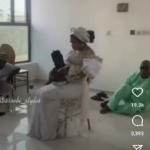 The governor of Edo state has imposed a curfew on the state starting from 20th April from 7pm-6am. this is to check the further spread […]