Magistrate Ejiro Kubeinje of the Ikeja Magistrates’ Court in Lagos has remanded two men, Sakiru Oladosu, 50, and Tola Rasaq, 40, for defiling and impregnating a 13-year-old girl.

The two suspects, who also sent the girl for an illegal abortion when she became pregnant, live in Lagos’ Mushin neighborhood.

They were charged with defilement and illicit procurement of abortion pills, which attract life sentences and three years in jail, respectively, under Lagos State’s Criminal Law of 2015.

The prosecution counsel, DSP Kehinde Ajayi, told the court that the defendants committed the crimes in February on Odusanmi Street in Mushin, Lagos. Oladosu is accused of luring the adolescent to his home, defiling her, and impregnating her.

“On April 3, the defendant took the girl to an unidentified drugstore on Ashofin Street in Lagos’ Okareju Mushin neighborhood.

“Oladosu and Rasaq agreed to pay N4,000 to illegally administer a shot to terminate the pregnancy.”

Magistrate Kubeinje refused to hear their arguments and ordered that they be held at the Kirikiri Correctional Centre pending the state Director of Public Prosecutions’ advice. 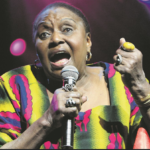 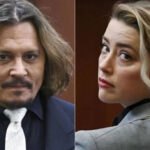 Next Article Amber Heard: Why Johnny Dapp’s exes are too scared to publicly accuse him of assault

Love is a priceless gift, wrapped in the mysteries of life. Love is pure, flowing through the heart just like the fountain waters. It is […]