Former Big Brother Naija star, Dee-One, has come under heavy fire from Nigerians for saying that Senator Dino Melaye should be treated with respect.

Dee-One who shared a photo with the embattled senator on Instagram stated that he knows that Dino Melaye will come out of the fight with the police stronger. He wrote;

WHEN WILL WE LEARN TO TREAT PEOPLE WITH RESPECT?? I BELIEVE YOU WILL DEFINITELY COME OUT STRONGER!

However, the post took a downturn as Dee-One got dragged by Nigerians for saying that Dino Melaye should be treated with respect. He was accused him of showing solidarity to a lawmaker, who never respected a police invitation. Here are screenshots of some comments below; 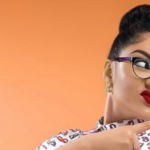 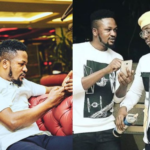 Video:Linda Ikeji and her son in a kissing contest

Linda Ikeji and her little boy was shown in a video uploaded on her Instagram account having fun in the happiest way, the superstar blogger captioned […]

Gifty in a new Instagram post slammed deadbeat fathers as she pointed out that there is big difference between a Dad and a Father. The […]