A viral video making rounds online captured moment an unidentified woman placed curses on the corpse of a Nigerian man she identified as “Dare”.

It was gathered that the Nigerian man died while allegedly having sex with his side chick. The lady who was heard talking in the background of the video, was saying that the deceased got what he deserves. She added that his wife and children will survive without him.

Unconfirmed sources however alleged that it was the wife of the late Nigerian man that was placing the curses.

Here is the video below; 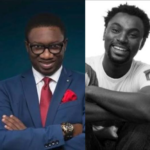 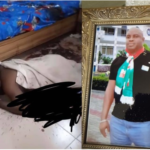 Former Big Brother Naija star, Dee-One, has come under heavy fire from Nigerians for saying that Senator Dino Melaye should be treated with respect. Dee-One who shared […]