Lil Wayne is undeniably a force to reckon within the music industry as he is undisputedly one of the best-selling artistes in the industry, he is sometimes referred to as the Michael Jackson of hip hop and it is expected that he is going to feature in the hall of fame sooner or later like other rap artistes such as busta rhymes and Ludacris. Lil Wayne is directly responsible for the rise of music icons such as Nicki minaj and drake. It might surprise you to know that the last time lil Wayne recalled writing a rap was in 2002, since then he has just been spitting dope bars endlessly in the studio. Well, Here’s the biography of lil Wayne and his networth as at December 2019.

Lil Wayne born ‘Dwayne Michael Johnson jr’ on the 27th of September 1982(presently 36 years old) in New Orleans, Louisiana, united states of America, is an American hip hop rapper and songwriter. His mother ‘Louisiana’ who was a cook, gave birth to him at the young age of 19 to the artiste ‘Birdman’. Birdman later divorced Louisiana when Dwayne was 2 years old and his mother got married to his stepfather who was known as ‘Rabbit’, who was later murdered before lil Wayne became a celebrity. Lil Wayne and his birth father are in good terms.

He attended Lafayette Elementary School and McCain Secondary School for two years before transferring to Marion Abramson Senior High. Although he was an honours student, he dropped out of school at 14 to pursue his musical career.

He had his first daughter Regina Carter in 1998 when he was 16 to ‘Antonia’, his high school girlfriend who he later got married to in 2004, although they later divorced in 2006. Since then he has had other kids with various ladies comprising Cincinnati who is a radio broadcaster, Lauren an actress and Nivea who is a singer. His ( lil wayne kids ) kids with the ladies are Dwayne III (2008), Cameron Carter (2009) and Neal (2009) correspondingly.

Wayne wrote his first rap song at the age of 8 and became the youngest member of the Cash Money Records in 1991. He was performing in events where he once trapped the attention of Lil Smith who was a Cash Money Records rapper. Wayne started his career in 1996 by being part of a hip-hop group called ‘Hot Boys’, and they released three albums before splitting.

At the age of 16, lil Wayne launched his single career with ‘The Block Is Hot’. He became more popular after dropping his fourth album “Tha Carter”. In early 2005 he began his own label known as Young Money Entertainment. His label has signed many artistes including music icons like Drake and Nikki Minaj. Lil Wayne has won Grammy awards for his hit songs namely ‘Lollipop’, ‘A Milli’ and ‘Got Money’, after his popular 6th album ‘Tha Carter III’ which sold over a million copies in the US. After this feat, he released his other album in 2010 before he was later imprisoned for possessing a weapon that had a case back in the earlier years.

Lil Wayne continued dropping albums even while still in jail. In 2012, he got the most spots in the Billboard chart with over a 100 songs. Regardless of him not releasing his songs for almost two years, he collaborated with many artists as well as his father Birdman (like father like son), Chris Brown (Gimme that) amongst others.

Asides his awards he has also been titled “Workaholic of The Year” by GQ magazine, nominated as “Hottest Mc” by MTV and graded as “Rapper of The Year” by New York magazine.

Like most hip-hop artists, Lil Wayne has been arrested several times for being fond of smoking Marijuana possession of hard drugs. Wayne is said to want to retire at the age of 35 and focus on his kids.

Lil Wayne came up with a lot of quotes and he is a good writer. He wrote A Journal of ‘Rikers Island’ which was released on October 11, 2016.

Lil Wayne is the best-selling artist of all-time as he has recorded sales of over 15 million albums, 37 million digital tracks in the US and 100 million records in the world at large. Being among one of the richest artistes in the US, Lil Wayne net worth is at $165 million as at December 2019. The rapper makes most of his money from his music sales and performance tours. He also earns from various endorsement contracts such as Trukfit, his cloth line, investments, as well as ad revenue from his YouTube channel.

Lil Wayne is one of the most dexterous rappers we have ever had in the world until today. Wayne has succeeded in dominating the hip-hop genre with acknowledgment to his mentor and father ‘Birdman’. He has also launched the careers of other artistes an impeccable example being Drake and Nicki Minaj. 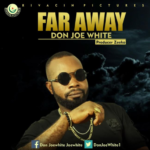