David Adedeji Adeleke born November 21, 1992 who is better known as davido is an American born Nigeria singer, songwriter and record producer. Davido was born in Atlanta, US and was raised in Lagos. He made his music debut as a member of the music group KB international. He studied business administration at Oakwood University before dropping out to make beats and record vocal references. Davido rose to fame after releasing the song titled ‘’Dami Duro’’, the second single from his debut studio album omo baba olowo as at 2012 from which six additional singles which are ‘’ back when, ekuro, overseas, all of you, gbon gbon and feel alright’’. In 2012, davido won the next rated award at the headies. Between 2013 to 2015 he has released the hit singles which are ‘’ gobe, one of a kind, skelewu, aye, tchelete, owonikoko and the money.

In January 2016,davido announced on twitter that he had signed a record label with sony music and a few months later he founded his own record label Davido Music Worldwide(DMW) to which some artist like Dremo, ,Mayorkun, Yonda, and Peruzzi are currently signed into. He graduated from Babcock with a degree in music after his father paid the university to start a music department for an inaugural class for one student.  In July2016, davido signed a record deal with RCA records. His records deal with sony music altered plans for the baddest release. In October 2016, he released the 5 track EP son of mercy, which was supported by the singles ‘’Gbegbe oshi’’, how long, and coolest kid in Africa.

Davido won the best African Act at the 2017 MOBO AWARDS. He released ‘’IF’’ on February 17 2017, which was produced by tekno who ghost wrote the track for davido. The song was certified diamond by the recording industry of South Africa, indicating shipments of 200,000 units. The video was recorded in London and was directed by director Q and produced by Tunde Babalola.

Davido released ‘’FALL’’ on June 2 2017, it samples a line from kojo funds track ‘’Dun talking’’. Fall was certified platinum by the recording industry of South Africa, was one of the top 100 most shozam searched singles in America. Davido also released another hit titled ‘’FIA’’ on November 10 2017, the song was described as a new highlife track and was produced by fresh UDM.  FIA was nominated for the best pop single and song of the year at the headies 2018. The video was directed by clarance  peters. April 30th 2018 he released ‘’ASSURANCE’’ it was produced by speroach beatz and has been described as a love track , he dedicated the track to his girlfriend(chioma) and released it to coincide with her 23rd birthday. He won best international act at the 2018 BET AWARDS and also the first African to receive his awards on stage.

In September 2018, davido performed alongside meekmill, post Malone and fat joe at the made in America festival. Prior to the festival , he performed at the house of blues in Boston as part of his ’’the locked up tour’’ which commenced in August and ended  in September. In January 2019, davido sold out the 02 arena in London, becoming the first solo African artist to do so. He was introduced on stage by Idris Elba and performed several of his hit singles.  The chris brown assisted track ‘’blow my mind’’ was released on July 26 2019 which was produced by shizzi and was initially intended to be released as the album’s lead single. The video amassed one million views in 11 hours, surpassing wizkid ‘’fever, and come closer’’.

Risky  was released on October 23rd 2019, it features guest vocals from Jamaican singer popcaan, who asked davido to appear on his 2018 single. The music video was directed by meji alabi and pays homage to the crime drama television series top boy. Davido second album a good time was released on November 22 2019, the album features the previously released singles like ‘’if, fall, assurance, blow my mind, and risky’’. He recorded the song good time in Atlanta , the album cover art features of davido, his father and a sculpture of his mother.

On April 6 2012, Nigeria entertainments today reported that davido signed a 30 million naira deal with MTN. The  deal unveiled him as the face of MTN pulse, a marketing campaign aimed at Nigeria youth on October 24 2013, he signed an endorsement deal with guiness Nigeria. May 9 2018, he also signed an endorsement deal with infinix mobile a Hong Kong based smartphone manufacturer network .

Currently, davido is said to be worth estimated $16 million as of 2017 according to forbes magazine his musical career is his primary source of income. He also earns money from his endorsement deal. For instance the deal with MTN earned him 30 million while the close up deal gave him 50 million. Also , the  singer earns 6 to 10 million naira from his shows in Nigeria at least $ 30,000. It is said that davido often performs at 40 to 50 shows globally.

Davido also claims to have own a private jet which said to have been offered to him by his father because of frequent tours to different countries for shows.

Sophie and davido met in 2013, and at first, their romance was steamy. But the relationship became too fast and the two had to split off 2014. In may 2014, she gave birth to Aurora imade Adeleke, davido first daughter. Davido denied the fatherhood of the baby but was proved wrong after the DNA. Davido said sophie cannot take care of their daughter so he collected their daughter from her and said he cannot marry her this made sophie angry, after much Issues between the two, with the help of her uncle she was able to get her child back.

Davido father of two little girls found love again. When davido met chioma Avril Rowland, who is a 300 level  economics student at the university of Babcock, it was actually love at first sight , he made everyone knew about him and chioma affairs. The two love birds were also spotted together at the club, where they made loving eyes at each other and could not let go. He also took chioma to a family event and introduced her to his family something he never did with his other girlfriends. This made everyone knew that their relationship was a serious one.

When chioma birthday came, davido rented an entire night club just to throw a birthday party for her which made him compose a song for her titled ‘’ASSURANCE’’ which she was also in the video. He calls her his wife on social media and he claims he wants to have a son from her since he already has two daughters.

Once she started dating davido the public knew about it, before we knew she started becoming popular and also got an endorsement deal worth 60 million naira. During that time he also got her a porshe car worth 45 million naira for her birthday gift. On Thursday, September 12 2019 davido proposed to his girlfriend chioma and they also had their introduction done in that month . on the 20th September 201 9 chioma delivered a bouncing baby boy in the United State of America named David Ifeanyi Adeleke jnr 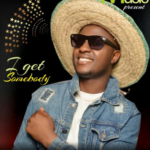 Previous Article Sheriff Ogee-I Get Somebody 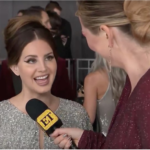 Next Article BIOGRAPHY AND NET WORTH OF LANA DEL RAY

Whoever would have thought that someone who was expelled from every school would turn out to become a millionaire at the age of 18?! Well, […]

Nigerian surprised to find keke napep in the UK

A Nigerian was startled to see a yellow tricycle, known as keke napep in Nigeria, in the United Kingdom.   Though popular as a type […]

Socialite, Cubana Chiefpriest, has reacted to news of his former boss, Obi Cubana, being arrested by EFCC operatives. The clubowner was arrested on Monday night […]