An Argentinian delegation has launched a last-minute bid to get Diego Maradona’s infamous ‘Hand of God’ shirt going under the hammer for £5million at auction today.

Wealthy bidders are set to buy the playmaker’s shirt from the 1986 World Cup win against England, a game in which he scored the ‘Hand of God’ goal and the ‘Goal of the Century’.

The late football icon swapped shirts with England midfielder Steve Hodge after full time and he has been in possession of the treasured item for the last 35 years. 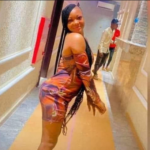 Ekiti State Corps Commandant of Amotekun, Brigadier-General Joe Komolafe (Rtd.) has disclosed that they will be deploying ancient, local, and modern security techniques to ward off […]