Just like the blink of an eye, Portable appeared into the music industry and started trending.

His song Zazu zeh made him fortune and gave him the desired recognition but how did he do it?

After the song went viral on TikTok, the CEO of YBNL Olamide added a verse to the song and that was how his miracle started.

Portable gained so many recognitions and met with top music promoters and artist. He even performed in TY Savages show, he met with Davido and also had some time with wizkid who sprayed him dollars in one of the shows he attended.

With the way he showed gratitude to the artist made people see him as a loyal and respectful person and wanted to shower him with more gift.

His first scuffle started with Polo Lee (Pokoli), a Nigerian celebrity dancer, whom he accused of hijacking his song and also swindling him off the dollar wizkid sprayed him in an online video that went viral.

Portable later apologized to Poco Lee (Pokoli)who also was part of the people that brought him to limelight and he was forgiven on the basis that he was new to the industry and may not know how thing were done.

He did not stop there, but also went ahead to accuse his manager Kogbagidi of cheating him on a viral video.

The Portable drama was all over the internet and people felt he was pulling a public stunt to get recognition but recently portable confronted a young man who he claimed to have impersonated him because the young man made same hairstyle with him.

It was funny but people did not take it as a joke as the blast him on social media and wonder if he has a copyright to the hairstyle which was already existing before portable became famous.

With all the negative characters and attitude that he has shown in the past few months, it’s clear that he may not last in the music industry and Olamide who pioneered his fame may not sign him into his record label YBNL. 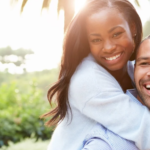 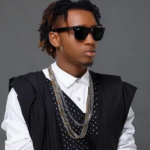 Florence Otedola aka DJ Cuppy has come out to say that she does not care about what people thinks about her.this was posted on her […]

5 ways to promote your music with a low budget

The music industry is becoming more populated, with different artist springing up and doing everything possible to gain fame. An artist might be in luck […]