We don’t torture detainees, we just threaten them, a Police officer tells the #EndSARS panel.

A police officer on Wednesday March 23, told an #EndSARS panel that the police do not torture suspects, but only scare them to extract the truth.

Inspector Gambo Gadzama who appeared before the panel over the alleged killing of one Obinna Jonah in a police detention facility in Abuja in January 2020, insisted that the deceased was never tortured as alleged in the petition.

“Nobody tortured anybody. We don’t torture suspects, we only scare them with words like ‘I will beat you’ so they can confess”

Gadzama also claimed that Mr Obinna was arrested as a member of an armed robbery and cult gang on January 29, 2020 after the leader of the gang, Chikazor, confessed and named 13 other members of the gang.

The police officer said Mr Obinna was indisposed at the time of his arrest and his condition worsened in detention.

“I was called the next day that he had slumped and, we rushed him to Area 1 police clinic”

The police officer said Mr Obinna was confirmed dead on arrival at the clinic and his body was deposited at the Wuse General hospital mortuary by the investigating team leader. Gadzama also said they couldn’t do autopsy because they couldn’t track any of Mr Obinna’s relations.

Answering questions upon being cross-examined, the police officer maintained that none of the 14 arrested suspects was tortured.

“Obinna was never tortured because he admitted to the allegations against him. Nobody tortured any of them”

The police officer also averred that he doesn’t know if the body of the deceased was still in the mortuary as he was not the one that deposited the body.

The panel ordered the police to find out if the deceased’s body is still at the mortuary.

Garba Tetengi, one of the panel members, who presided over the hearings, said the panel can only order the release of the corpse of a deceased after confirmation that it is still the mortuary.

The panel adjourned the matter until March 29 for the adoption of written addresses. 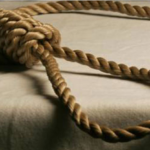 Previous Article For raping and killing his landlady, a man was sentenced to death.

Next Article We shall see who is a friend and who deceived us for money at the NATO and EU summits – Zelensky claims Russia is using its oil and gas leverage to prevent the West from interfering in wars.

How to make money with your smart phone in Nigeria

If you are broke in Nigeria, then you can start making money today.   There are lots of people out there using their mobile data […]

Popular actress Juliet Ibrahim has called on thunder to strike any man who is dating more than one lady. With Valentine’s day fast approaching, the […]