A police officer deployed to the Akwa Ibom State command has been demoted for assaulting a medical doctor while enforcing the stay-at-home order of the Akwa Ibom government.

Recall that the Akwa Ibom State government had exempted health workers from its lockdown order, which was effected to curb the spread of Coronavirus in the state.

The police sergeant, Edidiong Alexander assaulted Dr Daniel Edet who is a surgeon with the University of Uyo Teaching Hospital, while on his way to work on Friday evening.

It was gathered that the police began investigating the incident after the Nigerian Medical Association threatened to embark on a strike over the assault incident which left Mr Edet’s hand fractured.

The police office who was found guilty after the investigation was concluded, was demoted from the rank of a sergeant to corporal. The state’s commissioner of police, Imohimi Edgal also met with Mr Edet and the chairman of NMA in the state, and apologised to the surgeon and the medical doctors in Akwa Ibom over the conduct of the police officer.

Akwa Ibom state has only recorded five confirmed cases of the coronavirus, since the outbreak of the disease in the country. 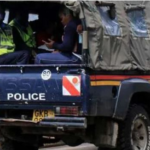 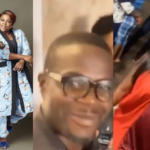 See what Raymond Dokpesi’s daughter, Homto says not being the father of her son

Governor Godwin Obaseki of Edo State says his administration has spent over N1billion to curtail the spread of COVID19 in the state. The state currently has […]