In 2014, the Catholic nurse at Croydon University Hospital was requested to take off her jewelry for the first time. The request was made, according to the hospital, because the National Health Service believes that wearing necklaces poses a health and safety concern.

After working as a nurse there, Onuoha filed a lawsuit alleging that she was fired unfairly and that the hospital violated her right to free expression of religion under Article 9 of the European Convention on Human Rights.

The 61-year-old was har#ssed and victimized by the hospital when she was advised to stop wearing the cross owing to an infection risk, according to the Employment Tribunal’s verdict last week.

It went on to say that this had produced a “hum!liating, hostile, and thr#atening environment” for the nurse, infringing on her European Convention on Human Rights rights (ECHR). According to the Evening Standard, he has been doing so for 18 years.

“My cross has been with me for 40 years,” Onuoha added, according to the Guardian, recalling her story. It’s a part of who I am and what I believe, and it’s never caused anyone any h#rm. There are members of staff at this hospital who go to a mosque four times a day and no one says anything to them. In the theater, Hindus wear red bangles on their wrists while female Muslims wear hijabs.

My tiny cross around my neck, on the other hand, was regarded so dangerous that I was no longer permitted to work. I am a powerful lady, but I have been treated as a criminal.” Nick Edwards (@nickedwards) 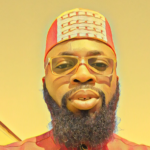 Mc Da Saint: Drama series I and my family

I and my family, an interesting family series brained by one of Naija stand up comedian Mc Da saint is a family series drama that […]

After the Nigeria hunters council bill passed the second and third readings and was made a law by the Senate.   The Enugu division announced […]