Tiwa savage’s latest song somebody’s son which featured Brandy has recently gone viral after she cried out that someone wanted to leak her s€x tape.

The song which has been a major music chat has been making waves as people tends to use it for short videos.

The song “somebody’s Son” is part of her recent album water and garri which Tiwa savage is pushing hard to music lovers across the globe.

Somebody’s son is a music that is mostly focused on the female gender who seem to be waiting for love. The song gives hope to those looking for love.

Tiwa savage ft Brandy “somebody’s son” is a music you need to check out. 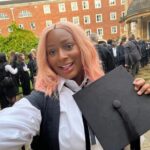 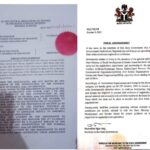 Ayra Starr has never stopped hitting her fans with songs that blow their mind. Body Samaritan by Ayra Starr has put fans up on their […]

How to improve your music using fiverr

Fiverr is a freelance company and a market place where professionals in all field offer their service at affordable price, one thing amazing about fiverr […]