Yusuf Datti Baba-Ahmed is a 46 year old Academician, Businessman and Nigerian politician. He was a member of the House of Representatives between 2003 and 2007, and was elected Senator for Kaduna North, in Kaduna State, Nigeria in April 2011 running on the Congress for Progressive Change ticket, with a remarkable record of the credit of sponsoring important legislation in a very short time.

After his service year at University of Agriculture Abeokuta, Ogun state, he worked as Projects Co-ordinator, Baze Research and Data Services Ltd. and as Officer II in the Nigerian Security Printing and Minting Company, Lagos. He worked as a Banking Officer, First Bank of Nigeria Plc from July 1997 to Dec 1998. 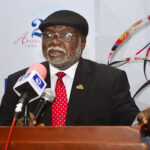