Pastor Alph Lukau, founder and General Overseer of Alleluia Ministries International, South Africa, has visited a hospital to heal the sick, after being mocked for a fake resurrection miracle.

This happened after he was challenged to heal the sick in hospitals.

The pastor made the headlines after claiming to have brought back to life a dead man during the Sunday service.

Reports suggest that in the past, the Pastor has come under fire for allegedly claiming to heal fake, dying patients.

On his social media, he posted images of “dead” clients laying in hospital beds and then him bring them “back to life.” 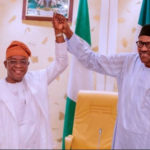 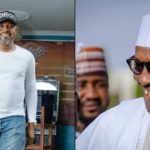 The General Overseer of The Lord’s Chosen Charismatic Revival Movement, Pastor Lazarus Muoka has lashed out at world leaders over stringent measures they’ve instituted to curb […]

The Inspector-General of Police, Adamu Mohammed, has ordered an investigation into a viral video showing some police officers in Ibadan, Oyo state harassing a female […]

99% of terrorists are Nigerians – Buratai

Lt. Gen. Yusuf Tukur Buratai, The Chief of Army Staff has revealed that a majority of Boko Haram terrorists are Nigerians, and it will only […]