One of the Kuje Correctional Center escapees was on Monday, July 11th arrested by operatives of Ogun state Police Command.

The escapee, 28year old Yakubu AbdulMumuni was arrested following an information received by policemen at Sango ota divisional headquarters that, the convict was sighted somewhere around Sango Ota

Upon the information, the DPO Sango Ota division, SP Saleh Dahiru quickly mobilised his men and moved to the area where the convict was apprehended.

Confirming his arrest, the spokesperson of the state police command, DSP Abimbola Oyeyemi, mentioned that the state commissioner of Police, CP Lanre Bankole has ordered the State Criminal Investigation Department to facilitate the transfer of the convict to Correctional Center with immediate effect. 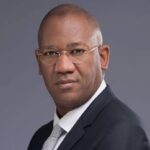 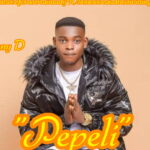 See how this Pastor turned to a stripper

A church pastor who has become a stripper says her new job has given her the life skills that have made her a better parent. […]

Last week two girl made a viral video accusing Davido of impregnating one of them, which was never true. After the singer saw the video […]