Operatives of the Uyo zonal office of the Economic and Financial Crimes Commission, EFCC, have arrested two music producers and four others over their alleged involvement in cybercrimes in Uyo, Akwa Ibom State.

The music producers are John Obot and Odok Valentine. While others are; Emdiong Iwoenang, Christian Alvan Okechukwu, Innocent Japhet, and Edem Uwana. They were arrested recently at their apartment located on 3 Ring Road, off Shelter Afrique, Uyo.

Items recovered from them, at the point of arrest, are five laptops; 11 mobile phones; one grey -coloured Mazda 3, a black- coloured Lexus ES 350 and a silver- coloured Toyota Camry car.

Forensic analyses of the 5 laptops and 11 phones recovered from them, revealed evidence of their various levels of involvement in cybercrimes. Based on the incriminating evidence against them, they all owned up and made confessional statements.

According to EFCC, they will be charged to court as soon as investigations are concluded 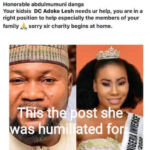 Previous Article Kogi commissioner, Abdulmumuni Danga to be arraigned in court for rape, torture and coercion after he allegedly assaulted a beauty queen 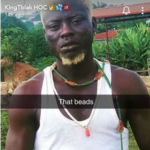 12 Economic and Financial Crimes Commission (EFCC) officials have been suspended indefinitely after being quizzed by the Presidential Investigation Committee, headed by Justice Isa Ayo […]

Dagogo Records singer, Soft comes through with a new single titled “Genevieve“. The track was produced by suspect and Blaise Beat. soft declare his love […]