See why Lionel Messi was Banned from training with Barcelona

Lionel Messi has been banned from training with Barcelona until he renews his contract at the Spanish club.

The Argentina international has been a free agent since July 1 but is still likely to sign a new deal at the Catalan giants.

Despite the initial announcement that Messi would sign a five-year deal contract after being forced to accept a 50% pay cut in order to remain at the Nou Camp, he’s yet to be signed due to Barcelona’s financial struggles.

His previous contract expired on June 30 meaning that he has been a free agent since July 1 but he is unlikely to agree on terms elsewhere.

However, Barcelona forward will not be training with his club until the new contract is signed, according to the Spanish newspaper AS. 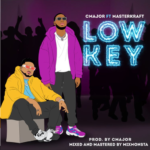 SportyBet is a Nigerian online betting platform, just like every legit bookmaker, sportybet is licensed by the Lagos state lotteries board (LSLB) under the lottery […]

Bet9ja is one of the biggest sport betting platforms in Nigeria, founded in the year 2013 and since then bet9ja has been holding ground in […]

1xbet is an online gambling platform registered with the trade name of Beaufortbet Nigeria limited. Beaufortbet is a holder of the Lagos state lotteries board […]