The Australian government is said to have arrested Novak Djokovic just minutes after he won a court battle over the manner in which his Australian visa was revoked.

Despite the fact that the verdict said he was free to leave the detention center where he had been kept, Ksenija Pavlovic McAteer reports that the world No. One tennis player has been arrested.

According to McAteer, who spoke with Djokovic’s father, Srdan Dokovic, the Australian government “wants to deport” the 34-year-old.

After his visa was revoked, the 20-time Grand Slam winner was kept in a government facility when he arrived at Melbourne airport early last week.

On Monday, January 10th, he triumphed in court.

After his visa was revoked, the 20-time Grand Slam winner was kept in a government facility when he arrived at Melbourne airport early last week.

On Monday, January 10, he triumphed in court. His visa cancellation order was eventually quashed, and he was released from detention immediately.

Despite the judgment, it appears that Djokovic will be barred from competing in this month’s tournament in Melbourne and deported by government officials.

According to The Pavlovic Today, he was arrested shortly after his court case ended on Monday, and his legal team is now assessing their options as they prepare a response.
According to reports, the Australian government is eager to deport Djokovic and is working to do so as soon as possible. His potential deportation is said to be “underway.” 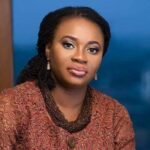 Tonto Dikeh talk what made her broke in the past

Tonto Dikeh looked chic while dressed in a form-fitting dress that cost less than 1,500. Sharing the photo to Instagram, the actress reminisced on the […]

What President Buhari said about security in Nigeria will shock you.

Charly Boy has congratulated President Muhammadu Buhari who was announced winner of the 2019 presidential election a few hours ago. In his message, Charly Boy […]