So, I listened to Ed Sheeran featured Fireboy’s Peru and I was like “Damned! This is dope!” You see, Ed Sheeran, the famed G.o.T cameo did not only bring his unique voice to the song, but his over 50+ million YouTube subscribers and over 100+ million followers on social media. Even though “Peru” is already a very successful song, Ed’s feature is going to make it even a super success.

In three days, the song has already hit over 6 million views. You see, Ed’s popular “Shape of You” has more than 5.5 billion views making it 4th on YouTube. If you appreciate YouTube algorithms and video recommendations, you will know that Fireboy’s Peru will benefit hugely from these numbers. Someone watching Ed’s videos is most likely to get a recommendation to watch Fireboy’s Peru.

The song is less than a week but it has caught a global sensation especially on Ed singing in Youruba. Online Entertainment Powerhouse, Rolling Stone among others has written a glorious review on it.

Nigeria artistes are making Africans proud. I used not to listen to African music. For the past few years, I can now list African songs (mostly naija) as one of my “most listened to” songs for the year. An example is Tiwa Savage’s Temptation with Sam Smith.

Look, recently, America’s former President Barack Obama (someone who is supposed to be serious in life at all times) listed Burna Boy as one of his top playlist artiste of the year on twitter. Do you know the number of people who heard (for the first time) about Burna Boy through that Obama tweet? Even me, I had to go and search for that song even though I know and listen to Burna Boy music. Do you know the number of followers and subscribers Obama’s tweet brought BB? You see, showbiz is all about numbers. Big numbers. And all mentions matters! Burna Boy would not have had that mention if he sat on social media and engages in crass fooling and wades into debates he doesn’t even understand.

Ghanaian artistes especially Shatta Wale, should stop the fan fooling, and think about collabos that will bring the numbers to online streaming services like Spotify, YouTube Music, Deezer etc. Shatta should stop fooling himself that he does not need other artistes (local or international) to become a solid successful brand. The entertainment space deals with no islanders.

You see, Nigeria has taken their music out of Nigeria to the global stage. These are the most recent collabos that have made big waves among audiophiles globally. Davido ft Nicki Minaj, Tiwa Savage ft Brandy, Wizkid ft Justin Bieber, Drake ft Tems, Mr P (of PSquare fame) ft Tamar Braxton, the list is endless. Other big acts Nigerian artistes have collab with in the past include Akon, Fetty Wap, Meek Mill, Drake, Rick Ross, Snoop Dog etc. For instance, Tiwa’s Somebody’s Son, with the famed “The Boy Is Mine” artiste, Brandy has become a global TikTok sensation. That’s the power of collab. Synergy!

You will even appreciate these collabos better if you examine what Jason Derulo has done to Tesher’s Jalebi Baby. Massive boost to Tesher’s social media handles and YouTube views.

Now, let’s come back to Ghana. How many of these big artistes has Ghanaian artistes collab with? Collabos with big guns brings you more audience. For instance, Nicki Minaj has 122 millions followers on IG alone. These numbers follow links to streaming services and to artiste’s merch sites. That’s where the money begins!

Apart from the collabos, they also appear in big stages to promote their music. Recently, I have watched Davido and Burna Boy on Trevor Noah’s Daily Show. Trevor is a big guy. I am straight but I love him. He speaks to the movers and shakers of the world without appointments. He got listed in Time’s 100 Most Influential People in the World, two years ago. How do we get into these big stages? Of course, riding on the back of big international artistes and brands. So, if Shatta features a song with Burna Boy and the latter gets to high places to promote the song, Shatta definitely will share the benefits and credit.

Nigerian music are now being used as soundtracks of very successful TV shows (seasonal movies). An example is the popular 50 Cent’s “Power” by Starz Production. Why is that? Because, these artiste have international associations with big acts. Do you know how much Davido walked home with as he starred and performed his “Assurance” in “Coming to America 2”, a movie with a budget of $60 million? Shatta Wale should just sit in his corner with his programmed fooled fans, thinking of himself as a bird, or as an accomplished artiste, he will remain in that corner forever.

Shatta should stop measuring his success by the number of music videos he is able to churn out every now and then. Ed Sheeran has about 230 videos with 24 billion views on YouTube. Shatta has almost 1,000 (950+) but with measly 219 million views. What does this mean? It means, Ed Sheeran’s single, “Shape of You”, is more successful than the entire career of Shatta Wale. Trust me, if delusional Shatta had Ed’s numbers, he would have contemplated running for Presidency in Ghana. Shatta should be modest and stop playing the god MC.

Ghanaian artiste should start leveraging on the Nigerian artistes’ breakthrough into the global music stage. They should do more collabos. Gyakie’s “Forever” would have remained in Ghana without the famed “Godly” Omah Lay feature. Ghanaian artistes should ignore the bigmouthed Shatta and go wherever they can go to promote their music. MUSIC IS A UNIVERSAL LANGUAGE. You don’t have to understand it, to enjoy it.

For me, I don’t support Ghana music, I support good music irrespective of who makes it. So, instead of focusing on supporting Ghana music, let’s support in the making of good music. Let’s not blame Ghanaian DJs for giving naija music more airplay. A friend once told me that if you are a DJ, you don’t play the songs you like, you play the songs the people love. You feel me? If listeners want more naija music, DJs will play it. It is simple demand and supply matter.

Last but not least, Shatta should behave hisself. He is fast becoming a pariah to the greater good of African acts and music.

Shout outs to my favourite artistes: Efya, Mugees and Wendy Shay. I love you guys! 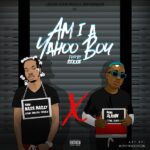 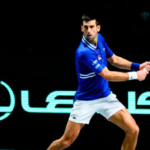 Next Article Just hours after winning a visa appeal, Novak Djokovic was ‘arrested’ in Australia.

Mavin Records star, Rema has accused DJ Neptune of releasing an old song of theirs on his new album without consulting him first In a […]

Maria is one of the housemates in the BBNaija ”Shine Ya Eye” reality TV show. She looks great in these bikini photos. Maria who has […]

One of a Nigerian best music producer, Gospel Chinemeremu Obi also known as GospelOnDeBeatz hit his fans with his newly released single titled “Blessings“. the […]

Olamide the YBNL Boss has never stopped giving his fans the desired sound, he comes with a new song titled “Oil and Gas”. this is […]