Harry Kane has failed to report for Tottenham Hotspur training in a bid to force a transfer to Manchester City.

The England captain who was supposed to resume training after the Euro 2020 Games on Monday August 2 for his COVID-19 test and fitness assessment was not present at the training center.

According to Kane, “he wants to leave the club due to the fact that Tottenham could not win any trophy since 2008.
He also sighted that the club also failed after their last encounter with Manchester city

He also said ” he believes his agreement with Tottenham gives him provision to leave the club this year.

The Tottenham chairman Daniel Levy has since counter his request to leave Tottenham as Kane still have 3 years left in his contract.

But with three years left on his contract, Tottenham chairman Daniel Levy has no intention of selling his club’s prized asset, who is valued at around £150 million ($208 million).

According to Manchester city, they would have love to have Kane among their first choice team members but they are not sure if they can pay the fee to Sign the 28 years old striker. 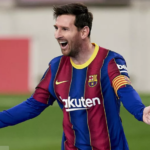 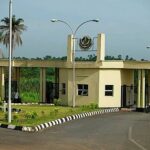 Next Article Two TASUED student found Dead in a room

A young man known as Ibrahim Lawal aka Kawu has committed suicide by hanging himself in Daura town, Katsina State. It was learned that the […]