Mthembeni Ndevu, popularly known as  Emtee, is a South African rapper. He is an accomplished entertainer. Mthembeni Ndevu was born on September 15, 1992, in Matatiele, the Eastern Cape province of South Africa. He grew up in Rockville, Soweto, where his music inclination began. Emtee, who wanted to be a musician from first grade, was a chorister at Barnata High School and led his school choir in songs during service. His first performance on stage was at the age of 9, during a Yeoville primary school talent show.

As a member of a Marimba band, he participated in various provincial competitions and won the prize money for his school. He was aged 17 at the time, and soon developed a deeper interest in music art and further shaped his aspirations in that direction.

Emtee paid less attention to his academics. However, he still graduated from secondary school, but with a pass, which although made it difficult for him to start his higher education in South Africa.

While many considered his grades and subsequent inability to secure a college education as a disappointment, Emtee saw it as an opportunity to focus solely on his music aspirations. By doing so, he achieved his first collaboration with South African rapper, Maraza, in 2010. Their song, In It To Win It, was a hit and got them featured on the music channel, Channel O.

His journey as a professional musician after the mild success of “In It To Win It” , Emtee and two rappers, Sjava and Saudi formed the rap group, African Trap Movement. Aside from the three of them, the group also had the producer, Ruff. Through auditions and their sheer talent, they got signed to a record label, Ambitiouz Entertainment.

Between 2010 and 2015, African Trap Movement had a minimal footprint on the South Africa music scene. This eventually forced Emtee to pursue a solo career, all while still signed to

Ambitiouz. In the early parts of 2015, he released his debut as a solo artist, Roll Up, produced by his friend, Ruff. The track made waves on media platforms, pushing the young artist into the limelight.

Roll Up became not only a hit but also attracted international stars including Nigeria’s Wizkid. A remix of his single, titled, Roll Up -Re-Up, followed immediately and featured South African rapper AKA and Wizkid.

Beyond the popularity and career breakthrough, the song earned him some accolades. Emtee bagged his first award for the song of the year at the 2015 South African Hip Hop Awards, crowning a journey that began since he was a child. He released his debut album, Avery, in 2015. Emtee exceeded expectations with his album and quickly became one of the most played South African hip-hop artists in 2015. The album earned five nominations at the South African Music Awards, including Rap Album of The Year. Having been on the platform that gave Emtee his taste of success and made him a household name, the conventional expectation was that the South Africa rapper will spend years with the record label. After his debut album, he released two additional albums, Manando and DIY 2, in 2017 and 2018 respectively.

Unfortunately, his career with Ambitiouz Entertainment did not last. In August 2019, he announced he was leaving the record label. His official statement gave little insight into the cause of his departure, but subsequent details revealed that it was a money-related issue.

According to details that are now available publicly thanks to their court battle, Emtee never received royalties for his first album, “Avery”, from the label. Instead, he was on a monthly salary like a typical employee. As of March 2020, the case is still in court, with the outcome yet unknown.

In proceeding with his career, Emtee founded the record label, Emtee Records in September 2019. He established the label under the company, African Trap Movement. His debut project under his new label is scheduled for release in 2020. The album, DIY 3, will be a follow-up album to his third album, DIY 2. However, while the world still awaits his album under Emtee Records, he has released a few singles. The singles Brand New Day and Wave debuted in early 2020. He released his third single, Johustleburg, under Emtee Records, in May 2020. The track, which is already enjoying massive airplay ▶️ globally.

Emtee is in a romantic relationship with Nicole Kendall Chinsamy. The two of them have been together before he became a national and African star, although details about the exact time frame remain confidential. The young couple lives together as a family, along with their two children. Emtee and Nicole welcomed their first child, Avery, a son, in 2015. Their second child, Logan, another son, was born in January 2018. The rapper named his first album after his firstborn. The couple has dealt with their share of controversies as common among celebrities and public personalities. Emtee and his girlfriend, Nicole, have had to deal with their share of drama.

The first came when he revealed in 2018 that his girlfriend was born in 1996 (that is 22 years old at the time). Fans of the artist and music enthusiasts disputed the claim, suggesting his girlfriend looked older than the reported age. As with most flimsy controversies, it died a natural death. Also, in 2017, Emtee was the subject of a social media gist.

In October, he accidentally exposed his genitals during a session on Instagram Live. The incident sparked a national and mass ridicule, and just like the age debacle, it eventually subsided.

Emtee has been an icon in the South African’s music industry and his song has also gained global acceptance. 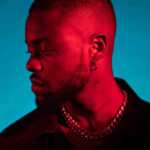 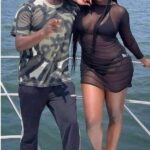 After his recent release from Efcc net, zlatan hit the studio to link up with his producer Rexxie to tell all that happened during his […]

Paul Pogba the Famous football star, was in an adorable photo celebrating Eid Mubarak with his beautiful wife, Zulay who is a LATINA (Bolivian). The […]