Bbnaija: 5 reasons why you should vote for yousef

For the past two months, the big brother season 6 game aka shine ya eyes has been topping trending news in Nigeria as the housemate has never stop to entertain millions of viewers all over the world.

Multichoice the producers of the show have also given the viewers the chance to win one million nairas each for the first 30 people who predict the winner correctly.

Two weeks ago, those who predicted must have chosen, white money, Boma, Cross or Pero but as the game start to sharpen itself with some members being evicted especially the eviction of Maria from the house, the spotlight has started shining on a new housemate Yousef, A Nigerian with a Chadian mom.

Before gaining entrance into the house Yousef was a school teacher in one of the secondary schools in Jos and he has proven to be a true teacher and has shown great morals and character in the house.

Although he has been up for eviction a couple of times, yousef might not be going home any time soon as he gains more grounds in the big brother Naija season 6 show sponsored by Abeg and Patricia 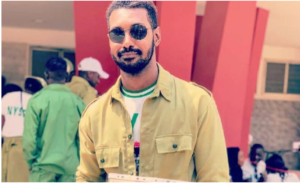 Here are 5 reasons why you should vote for Yousef

If you are not yet convinced, try and watch the show properly and make your decision about voting Yousef.

Don jazzy celebrate his birthday with his father

Tiwa savage leaked tape- The truth everyone needs to know