Why Tega:s husband is in silent pains

It’s almost in the nature of a man to cheat on his wife or girlfriend but women hardly cheat because they need some level of attachment before they do that.

The video of Boma and Tega touching each other in the BBnaija house is a clear sign that Tega has got some level of bonding with Boma.

Tega already knows the consequences of what she has done. That’s why she talked about moving on if the marriage doesn’t last.

So for her husband to come out to say he doesn’t care because he has cheated on her before is a big lie.

Tega’s husband is silently in pain and might have sleepless nights all the time.

Here are 5 reasons why Tega’s husband is in silent pain. 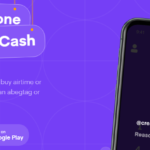 Previous Article WHAT IS ABEG? 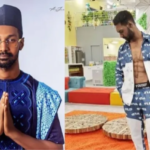 Next Article Bbnaija: 5 reasons why you should vote for yousef

Danny D (Daniel Abego) is a talented artist from the southern part of Nigeria, his passion for music has kept him going in the Nigerian […]