People may be wondering why Kim Kardashian and Pete Davidson broke up their relationship after nine months of a loving relationship?

The truth is that the distance between Kim and Pete was not something they could contain and the drama that came with the relationship was getting too much for Pete to handle.

Pete Davidson, obviously was losing focus after kim came to his life why, he had to put up with the online bully from Kanye west fans online and this was affecting his mental health.

Kim on the other hand is a woman that enjoys the presence of her man, distance became a huge factor for them and during the nine months of their relationship, Pete Davidson spent 3 months in Australia.

A relationship that has a bugging ex like Kanye west, four kids with a wealthy mom who travels from one state to the other attending to her businesses coupled with series of radio and tv interview was never going to work with a guy like Pete Davidson.

The nine months they spent together was met to have fun and realize that they can never be together in such light but rather stay as friends. 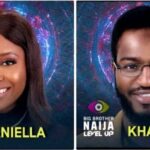 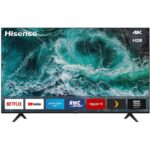