Bbnaija-Khalid and Daniella having video

As we all slept Khalid and Daniella started having intimate moments as Amaka watched them.

The video which started going round in the early hours of today shows Khalid and Daniella covering themselves under the duvet as a up and down stroke could be seen indicating what they were doing.

Both house mates have always been seen in the Bbnaija house clinging to each other.

It’s now official as they are the first housemate to Nack in the Bbnaija house. 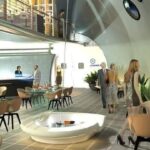 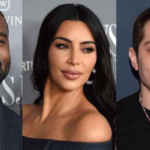 Photos of the All Progressive Party presidential candidate Bola Ahmed Tinubu being welcomed to Kaduna state ahead of the party’s rally. Gov. Mallam Nasir El’rufai […]

Governor Godwin Obaseki of Edo State says his administration has spent over N1billion to curtail the spread of COVID19 in the state. The state currently has […]

The body of Arotile arrives Military cemetery for burial (photos)

The corpse of Tolulope Arotile, Nigeria’s first female fighter pilot who died after she was knocked down by her former classmate has arrived the Military […]