What President Buhari said about security in Nigeria will shock you.

President Buhari says Nigerians know that his administration has done its best in fighting insecurity.

A statement from the Special Assistant to President Buhari on Media and Publicity, Garba Shehu, said the President said this when he spoke to state house correspondents after observing the Eid El-Kabir prayers with his family members and close aides at the presidential villa in Abuja today, July 31.

According to President Buhari, his administration inherited security challenges and have worked effectively to tackle them all.

“I want Nigerians to be very conscious of their country and what we inherited when we came in 2015 was Boko Haram in the north-east and the militancy in the south-south… Nigerians know that we have done our best.
What is coming up in the North West and North Central is very disturbing indeed but I believe the military, the police, and other law enforcement agencies from the report I am getting, I think they could do much better.
They could do much better, but we are keeping them on the alert all the time to do their duties.” the President is quoted as saying

The President said while much has been achieved security-wise, more still needs to be done.

“He (the President) said considering the security situation on ground when he came to office, ‘Nigerians know that we have done our best. However, what is coming out of the North West and the North Central is very disturbing’ Shehu said in a statement.
Responding to a specific question on the performance of the service chiefs which recently, he said needed to get better, the President said that the military, the police, and other security agencies are working hard.
We are making available resources to them to even do better,” he assured, adding that “from the reports I am getting, they could do much better…they could do much better. But we are keeping them on the alert all the time to do their duties.” 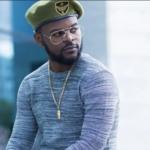 Previous Article Who is Falz? Biography and Net worth

Next Article Victor Osimhen is now the highest-paid footballer in Nigeria, see why

Kogi commissioner, Abdulmumuni Danga to be arraigned in court for rape, torture and coercion after he allegedly assaulted a beauty queen

The police have instituted a criminal case against the Kogi State Commissioner for Water Resources, Abdulmumuni Danga, after he allegedly assaulted a beauty queen named […]

Photos of two men rescued from the Ikoyi building collapse has been released, the health conditions of the men who were rescued alive is currently […]