What is Payola and its effect on the music industry

Payola is an illegal method used by record labels and independent artistes to induce constant broadcasting and promotion of their song by paying radio presenters to air their songs, such songs are constantly played just like breaking news and the artistes of the songs are always a subject of discussion in the radio station.

According to the United State of America law, the radio station airing the song should let people know that the song is a sponsored song as this will gives listeners the right decisions when they want to rate the song.

Payola is a virus that keeps growing and might not stop

There are songs that are not really interesting sometimes but with the help of payola they came to life, OAPs keep on jamming these songs all day and within a short time it starts to trend, people that were never interested starts to grab the song’s lyrics so the jump into the bandwagon.

Payola is a global infection in the music industry but it has grown more wings in Africa and the Nigeria industry, you can never get your song air if you do not make payment  or give some sort of gift to the OAP , millions of folks do not really know that these songs are actually induced to be aired.

The internet has further escalated this commercial bribe, these days radio presented and independent media on the internet take part in payola openly they constantly tweet about a certain song or place a short video on their Instagram handle and the music snap and catches everybody’s attention, this means if you do not have money your song will not be played or even if played it might struggle to hit the top of the music chat.

These days the industry is being flooded with fake chats from DJs, OAP, and other media personality, placing songs that do not merit a given chat on number one.

There are known artistes who have been in the music industry for years but the light of fame have never beam on them for a second but with payola, a new kid who jumped into the music scene without any musical background gets all the attention and become famous.

Bloggers and some YouTubers are also involved in this feel-good viral effect; they only blog a song that will attract money or favour them in return, however it is clear that there might not be an honest music industry globally. 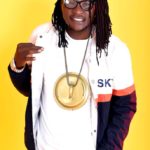 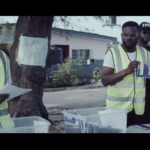 Bruno Mars has been giving us hits back to back, and “Smoking out the window” is another hit dropped by the superstar featuring Anderson .Paak, […]

Timaya is known for releasing hit songs that always blow the mind of his fans and this time, he comes with a new song titled […]

TBoiz ft. 2Baba – Falling for Me