The Edo Civil Society Organisations led by Comrade Curtis Ogbebor,today held a historic General Assembly. This meeting became necessary to intimate our teaming supporters and the General Public of the happenings within the Network and why we had not had meetings for some time as Law abiding People.

The General Public is by this Statement informed that all activities of Edo Civil Society Organisations henceforth not endorsed by Comrade Curtis Ogbebor is illegal and of no effect.

For the avoidance of doubt, all Law abiding members of the Network met today and this meeting was an eye opener for those who never knew the battle the past leadership had subjected the Network to. Comrades were happy to be back together again and it was unanimously resolved that the struggle most continue in order not a have a Society were no one can speak for the oppressed masses.

In line with the Provisions of the Constitution of Edo Civil Society Organisations in part vii: Article 22, the General Assembly unequivocally resolved, affirmed and endorsed the followings:

1. That a vote of implicit Confidence is placed on the Interim Leadership of Comrade Curtis Ogbebor and his team.

2 That the interim Leadership of Comrade Curtis Ogbebor remains, to chat the way forward for the Network until a substantive Leadership emerges.

3 That Comrade Jonah Ehiosun is confirmed the Interim Director of Media and Publicity of the Network .

5.That intending affiliate Organisations are directed to pass through due process in affiliating with the Network by liasing with the interim PRO and Secretary General of the Network.

6. That a committee is set up to look into the alleged sale, proposed demolition of Edo Central Hospital in Benin City.

7. That the attempt by Leftist Omobude Agho and his brother Osaze Edigin to play the role of godfathers and paramount rulers of Edocso even after their tenue in office elapsed, against the spirit and Letters of our Constitution is embarrassing and must be addressed immediately.

Note: All issues itemised above were extensively deliberated and approved by the General Assembly. The meeting ended happily and it was unanimously agreed that all actions to ensure the emergence of a sane and egalitarian Society is vigorously pursued by the interim Leadership of the Network. 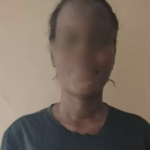 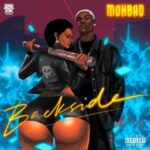 I caught her in bed 4 days after our wedding

How i made 500k from selling new and old Nigeria currency

Deadline for the naira note, on Sunday 29th January the central bank of Nigeria governor, Godwin Emefiele came out to make a new announcement regards […]

Hushpuppi: Other people’s success motivates me

Hushpuppi take about living a life of love on his recent Instagram post, where he made a statement about his friend who bought a Lambo and he took […]