After the Nigeria hunters council bill passed the second and third readings and was made a law by the Senate.

The Enugu division announced a rally to appreciate the senate and also plead with the president to accede to the hunter’s group bill of Nigeria.

The rally which was supposed to be a medium to sensitize the public about what the group was about was turned into a show of rascality and power drunkenness after some of its members were seen harassing innocent citizens in the capital of Benue state Markurdi.

They were seen cutting off innocent citizens’ hair and destroying the rugged jeans of some youths.

Due to this, the court has reminded the leader of the group in prison pending when a proper explanation is given by the hunter’s group on its activities against law-abiding citizens.

The reason why the Nigerian Hunters Council Bill was passed was to prevent illegal activities in the forests, and not to cut hair and indecent dressing in the society.

In this light, the government needs to make sure that the hunter’s group will not turn into another threat to the citizens like the defunct SARS and also make sure they stick to their duty which is to prevent illegal activities in the forests so that they will not start having problems with other security agencies in the country. 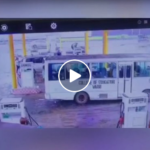 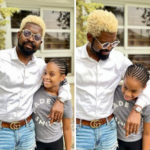