Who broke Olamide’s monopoly in the Nigeria music industry

When olamide officially started his music career his style of Yoruba rap quickly captured the minds of Nigerians that his song Eni Duro spread across the country like a wide fire back in 2010 under his first record label coded tunes.
It was different from what Nigerians have ever seen, all radios and TV stations kept the song on replay and it was the same in every campus student with a BlackBerry phone or, those that had Nokia java phones that could play mp3.
He was the king to Yoruba rap as every famous and upcoming artiste had olamide on their song for a collaboration, he almost had a monopoly on the Yoruba rap/pop/afrobeat songs at that time, there was actually no rival or, any other person that could fit his shoes.
Between 2014-2015 olamide rocked every show in Nigeria, dropped hit songs and stayed on the bright side of the spotlight where he still stands as it “seems”
He founded YBNL a record label that brought out the likes of Lil kesh to the limelight and other artists whose musical career has seen the daylight.
Olamide has done great for himself as he has bagged a good number of awards such as the Nigerian entertainment Award
Headies
City peoples Entertainment Award
Tooexclusive Award.
The trend seems to have gradually changed as new artiste can now pull the stunt he uses to pull, with the likes of Zlatan and Naira Marley, Nigerian artist now has an alternative when it comes to an artist that can dish the Yoruba lyrics very well.

It’s obvious that the monopoly that was once enjoyed by the founder of YBNL is gradually dwindling as his lyrics and style of rap is going into oblivion. For the past two years, Olamide has not been nominated for any award neither his song has done so too.

The question that hits the minds of his fans is “will olamide survive 2020?” That will be left for him to decided if he works on his creativity.
As they say, there comes a time when the active worker retires to allow the younger ones to continue from where they stopped. But the music industry is different as music can never die in the heart of musicians.
There is no doubt that change is one thing that never stays constant, as the music industry changes, Many artists will fall out while the creative ones will stand the time.
Olamide creativity might keep him in the Nigerian music industry as the wind of change blows in its direction.
Olamide is currently Worth is said to be $13million
Olamide net worth in Naira is N5 billion Naira.
Olmide networth Forbes: Forbes magazine has not officially listed olamide on their site.
Listen to olamide new music Choko Milo 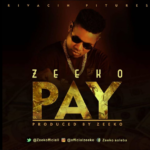 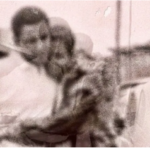 Sarkodie Collaborates with Coded on a new song “Year Of Return” download and feel the hit Sarkodie ft Coded: Year Of Return

Sakodie Come through with a new single which he featured Moelogo the song is titled “come back” . Download and enjoy

Will Nigerians eat Christmas rice? Nigerians eat rice more than every other food, in marriage ceremonies, funerals, birthday, or any other events you can think […]

DWM is a record label owned by Davido whose real name is David Adedeji Adeleke. The record label was founded in the year 2016 by davido […]