Logic is out with an opener as he dishes out a brand new song titled “Supermarket ”. Logic released his last album Young Sinatra IV aka YSIV in September last year but it appears like he’s already back to kick off the new era.

Today, as expected Logic has finally released the mmuch-anticipatedalbum. It’s 13 songs long and man, he wasn’t exaggerating when he said he had every member of Wu-Tang on the album. which includes

Logic Supermarket Album zip Logic wrote the book under the name “Bobby Hall” and the novel is described as “a darkly funny psychological thriller, Supermarket is a gripping exploration into madness and creativity. Who knew you could find sex, drugs, and murder all in aisle nine?”

Flynn is stuck—depressed, recently dumped, and living at his mom’s house. The supermarket was supposed to change all that. An ordinary job and a steady check. Work isn’t work when it’s saving you from yourself. But things aren’t quite as they seem in these aisles. Arriving to work one day to a crime scene, Flynn’s world collapses as the secrets of his tortured mind are revealed. And Flynn doesn’t want to go looking for answers at the supermarket. Because something there seems to be looking for him. 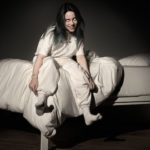 Previous Article WHEN WE ALL FALL ASLEEP, WHERE DO WE GO? 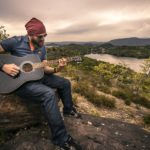 Next Article How to improve your music using fiverr

WHEN WE ALL FALL ASLEEP, WHERE DO WE GO?