The Western Cape provincial government says it is actively preparing for an influx of new Covid-19 cases as a third wave hits the country.

Based on current trajectories, the province is likely to officially enter its third wave in two to three weeks time, said premier Alan Winde in a statement on Sunday.

Gauteng premier David Makhura confirmed that his province officially entered into a third wave more than a week ago. This was followed by similar declarations in the Free State and the Eastern Cape.

“The Western Cape is currently facing a resurgence as it has seen increases in its case numbers every day, over the past 12 days. While this is not yet a third wave, it is the first sign that we are moving towards one,” Winde said.

“Our guiding principle remains that no person will be denied access to life-saving medical treatment. We must make sure we have enough beds, staff and oxygen to respond effectively in the month ahead.”

He said that South Africans should continue to follow the level 1 lockdown restrictions, keep social distancing and avoid social gatherings to help flatten this curve.

However, health experts have warned that the rise in cases could require further lockdown restrictions.

Head of the Western Cape Health Department Dr Keith Cloete told EWN that it is a national competency to put lockdown restrictions in place, but the likelihood of them appearing is high because the number of cases is increasing across the country.

This echoes concerns by health minister Dr Zweli Mkhize, who has warned of the likelihood of additional restrictions in South Africa as a result of rising Covid-19 infections.

He said that the government has discussed the rising numbers. “At some point, we are going to have to start looking at additional restrictions,” he said.

“We are going to be recommending that there should be more focus on the size of gatherings, and look at the focus on some of the measures that were actually released when we thought the situation was much more improved.”

He highlighted the importance of trying to maintain a balance to ensure that people continue to be able to work. “We do need to send a strong message still, that people can’t be complacent.”

Previous Article See how this Pastor turned to a stripper 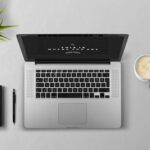 First lady, Aisha Buhari, has joined many Nigerians to mourn the former Chief of Staff to the president, Abba Kyari, who died on Friday April […]