Sergeant Chinatu Onyema, the killer cop who has been on the run after killing a staff of Abia State Board of Internal Revenue (BIR) and a passerby in Aba, has been arrested by the Abia state police command.

The policeman with force No. 461624, was formerly attached to the Department of Operations at the state police headquarters, Umuahia, and was on special duty at Crunchies Fried Chicken Ltd in Aba where he allegedly committed the crime.

He was arrested at Akunakpu village within the Isiala Ngwa police division on Saturday, July 18.

It was further learned that the gun used to commit the crime was reportedly recovered in Aba and the killer cop is currently facing an orderly room trial after which he would face prosecution in court. 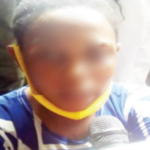 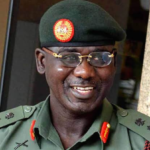 Next Article 99% of terrorists are Nigerians – Buratai

12 Economic and Financial Crimes Commission (EFCC) officials have been suspended indefinitely after being quizzed by the Presidential Investigation Committee, headed by Justice Isa Ayo […]

Ekiti State Corps Commandant of Amotekun, Brigadier-General Joe Komolafe (Rtd.) has disclosed that they will be deploying ancient, local, and modern security techniques to ward off […]