If you want to be a savage when it comes to replying to people then you need to download Davido’s “Fem”.which is the lead single to his forthcoming studio album titled “A BETTER TIME”

The song has kept on being on the top playlist of Nigerians especially the youths and in other parts of the world.

“Fem” was produced by Napji who gave the song life with a lively trumpet beginning.

Apart from the fact that the word “Fem” means “short up”, it does not stop music lovers from dancing to the celebrating tune.

The lyrics is another part that needs to be looked into, it talks more about facing your fear and not talking behind people.

Overall “Fem” is a great song and it’s still banging after 2 months of its release. 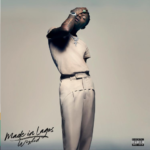 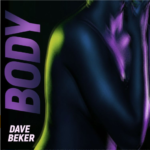 TBoiz ft. 2Baba – Falling for Me

Ric Hassani-Santa Brought Your Heart to Me

Ric Hassani comes with a new single titled “Santa Brought Your Heart to Me”. this is the track one of his new EP titled love […]