The National Population Commission-e-recruitment portal and how to register as ad hoc staff for the 2023 national population and housing census.

Nasir Isa-Kwarra, the Chairman of the National Population Commission, underlined the importance of having the best personnel for the census while speaking at the portal’s debut in Abuja.

Inuwa Jalingo, the census manager, stated that the Commission anticipated receiving over 25 million applications for the open positions and emphasized the need for a competitive, trustworthy, and open process.

“The adoption of e-Recruitment technique is to ensure widespread applications from all over the areas in the country, minimize bias, and ensure that all competent Nigerians are given equal opportunities to apply and be recruited and ensuring that no one is left behind,” he said.

In order to hire ad hoc personnel for the 2023 Population and Housing Census, the Commission develops an e-Recruitment platform. This portal has been considerably upgraded to support various categories of ad-hoc personnel after being tested during Pre-test and Trial Censuses.

Gloria Ndifon, director of employment and wages at the Ministry of Labor and Productivity, praised the Commission and noted that e-recruitment was the latest development as the globe had become more digital.

Additionally, Mrs Ann Aderibigbe, a representative of the Independent National Electoral Commission, praised the e-recruitment portal and challenged other organizations to adopt digitization to facilitate accuracy. She also noted that the NPC is on the right route.

In the meantime, Dr Isiaka Yahaya, Director Public Affairs Department at the NPC, explained that the exercise is not just recruitment but a crucial activity leading up to the 2023 census, adding that it is an activity to engage stakeholders that will enable a national census with accurate data for national planning.

1. The prospective NPC ad-hoc staff must have a valid National Identification Number (NIN)

The unique NIN number identifies one for life and is issued by NIMC after enrolment.

It is used to match one’s biometric data and other details in the National Identity Database during verification and authentication, so a candidate who doesn’t have his/her NIN number can’t enrol.

2. The applicant must also have a functional Gmail Account

With a functional Gmail account, such a candidate will have access to get important messages passed across to him/her.

3. The prospect must have a valid and functional phone number

When a candidate does not have a functional phone, it will be hard for a such candidate to be reached or called.

This implies that such a candidate should not have a student account or NYSC Account, whatever account one chooses to provide must not be any of these two.

5. The prospect must have valid educational qualifications

Educational qualifications refer to the official confirmation, usually in the form of a certificate, diploma, or degree, certifying the successful completion of an education program or a stage of a program, so such a candidate must have certificates such as a Secondary diploma, high school diploma, Bachelor’s degree, Master’s degree or Doctorate degree.

6. The prospect must be knowledgeable on how to use computers, tablets and smartphones

The applicant will work with the computer to generate data, store and process them, and as such must be computer literate. 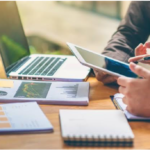 Previous Article The Perfect Name For Your Brand Is Just A Few Steps Away
Next Article Labbasson Autos- Buy, swap and sell cars in Benin city Edo state

Governor of the Central Bank of Nigeria (CBN), Mr. Godwin Emefiele has disclosed that as of June 2021, they’ve recovered about N89.2 billion from commercial […]

watch video:zlantan held hostage for minutes for not “settling,” today in Lagos

Zlatan was held in Lagos for not “settling” some street boys, the zanku master had no choice as he was forced to drop some money […]