Police are looking for a young man called Frank, who is suspected of killing his fiancée and stuffing her body in a refrigerator in Ho-Fiave, Ghana’s Volta Region. On Monday, November 22, the Volta Refional Police PRO, DSP Efia Tenge, verified the event, saying that police in Ho received a wired report about a stink from the suspect’s chamber with flies flying about the door and windows.

The resident of the house has been expecting Frank, the occupant of the room, to return home, but he had not.

As a result, they broke into the room on Monday to figure out what was causing the odor.
When they entered the room, they discovered a body put inside a double-decker refrigerator.

The deceased identified as Lizzy is believed to be Frank’s girlfriend, who was occupying the room

When the police learned about the situation, they dispatched crime scene investigators to the scene. They realized the stench was caused by the body in the refrigerator after a thorough investigation of the crime scene.

The body was sent to the Ho Municipal Hospital morgue after it was discovered in an advanced condition of decay in the white double-decker refrigerator. the body is currently awaiting autopsy.

However, a manhunt is underway to find and apprehend the alleged lover, who is suspected of murdering the deceased. 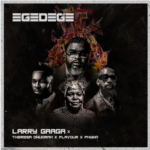 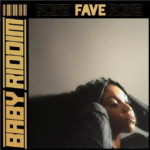 A teen mum who left her daughter at home to starve to death, while she travelled to celebrate her 18th birthday, has been jailed for […]

Hushpuppi: Other people’s success motivates me

Hushpuppi take about living a life of love on his recent Instagram post, where he made a statement about his friend who bought a Lambo and he took […]