President Muhammadu Buhari has approved the release of N10 billion for the continuation of a national census.

The money will be released to the National Population Commission (NPC) for continuation of the Enumeration Area Demarcation (EAD) in the remaining 546 Local Government Area of the country.

Acting Chairman of NPC, Dr. Eyitayo Oyetunji who disclosed while briefing newsmen at the NPC headquarters, further disclosed that President Buhari also approved an additional N4.5 billon to be included in the 2021 Budget for completion of the exercise as part of the preparations for the next census. 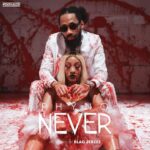 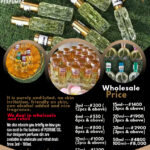 After the Nigeria hunters council bill passed the second and third readings and was made a law by the Senate.   The Enugu division announced […]

Nigerian singer Danny Young may not really be done with other artistes that are being rated above him. He is claiming he blew before Wizkid […]